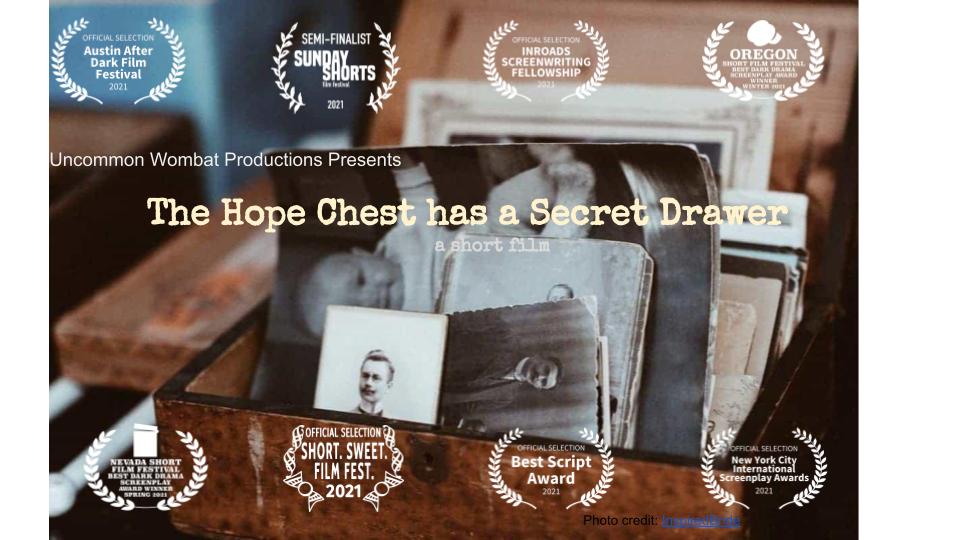 The Hope Chest Has A Secret Drawer
​​What happens when you forget to keep your secrets?
- in production Fall 2021-
In this short film based on Writer/Director Laura Frenzer's award-winning script, a stressed caregiver works tirelessly to reach her mom lost in an Alzheimer’s haze. Some memories should stay buried. This award winning script is produced by a women led team. The Hope Chest Has A Secret Drawer was inspired by Frenzer’s experience helping care for her mother with Alzheimer’s.

​While her own wonderfully sweet mother did not reveal any dark family secrets, many of the details Alzheimer's related behavior are inspired by actual moments, sad and beautiful all at once. Although a dark tale of a gruesome family crime, this short film is also a story of a daughter’s love and devotion in caring for a mother who doesn’t recognize her anymore.
The Team
LAURA FRENZER - Producer, Writer, Director
ROHANA ELIAS-REYES - Producer
SIOBHAN O'NEILL - Producer
SKEI SAULNIER - Producer
AMY HARGREAVES - Producer